They're crazy about cinnamon buns here. That's why Sweden had it classified as traditional food to avoid the EU banning them because the amounts of cinnamon used in the buns here are considered toxic by the EU and thus are banned in the other countries. Denmark forgot to classify it as traditional food and is now facing problems.

They love the buns so much they put them on stamps.

And the stamps are being put on your parcels by me because the posts online label service is still out of function (since 13 days): 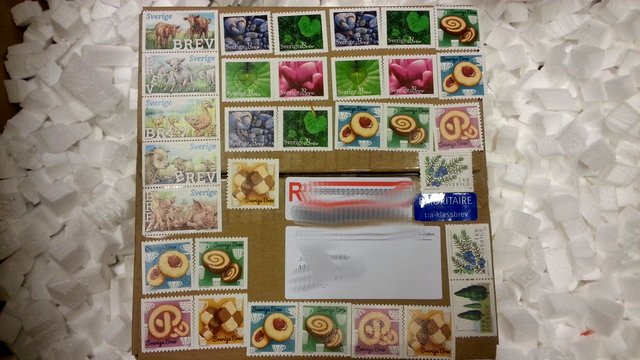 They used to have some other cute stamps, but these here are the nicest currently available. And most of them are self adhesive.

Then i made a new batch of 3d Imager multicarts, basically just a cheap multicart with all 3 classic 3D Imager games on it. And all lightpen games except animaction which needs extra ram and is available on the other multicarts.

Animaction is actually a really cool "game" which lets you draw vector animations.

The Vectrex in general has great peripherals.